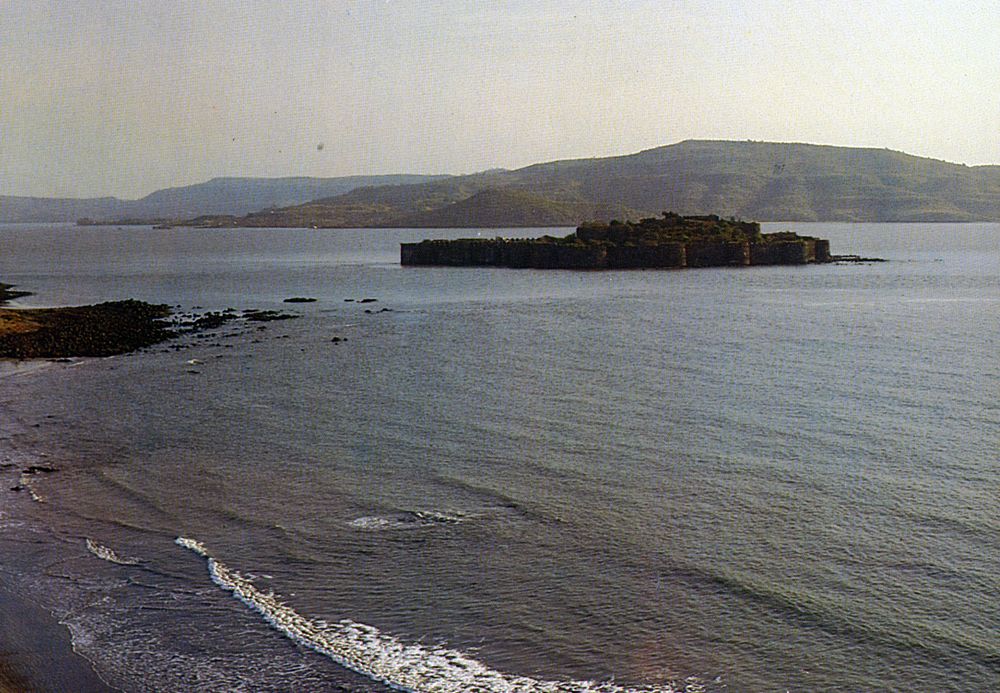 MUSLIMS MAY WAVER HERE AND THERE BUT RENOUNCING IDENTITY IMPOSSIBLE

THE WORDS OF THEIR PROPHET ETCHED IN THEIR HEARTS AND SOULS

There is always a two pronged strategy. One is to create a secular camp in which you demean religion like nothing else. Modern knowledge tells them that there is no room for God or biblical stories. On the other hand you create priesthood, which will cannibalize all your enlightened views. Thanks Allah, Pakistanis are very enlightened people. Intelligensia has rejected both. Obviously it started with the teachings of Dr Allama Iqbal himself and executed by none other than, Quaid e Azam Muhammed Ali Jinnah. The mantle picked up by thinkers like Ghulam Ahmad Pervaiz, Dr Abdul Wadud, Rafiullah Shehab, and so many others.

We are proud to be Muslims and we are proud to be Pakistanis, where eventually the Islamic Concepts are going to be tried for the very first time in a thousand years history. Ijjtehad is going to come flying in and we bid farewell to alien thoughts and Ideology. For in the final analysis we face Allah and Allah’ commands. The earthly thinking meaningless. The Prophet PBUH said for us:

“Oh my uncle! If they place the sun on my right hand and the moon on my left, to force me to renounce my mission, I will not desist until God manifests His cause or I perish in the attempt.”

IN SEARCH OF MEHRI ARAB THE POETESS AT MUGHAL HOUSEHOLD

COMPANION OF EMPRESS NUR JAHAN WHO WAS HER GUARDIAN

LITTLE BY LITTLE INFORMATION PILES UP IN HISTORICAL RECORD

Mehri is not an unusual name. It is an actually abbreviated form of Mehr, and for that matter Mehr unnisa was the name of Empress Nur Jahan herself. Little bits and pieces are known. It should be clarified that there were at least three Mehri poetess in those times. One was Mehri Khanum, a Turkish poetess, who wrote both in Turkish and Persian. Then there was Mehri Herawi, from the city of Herat, whose work was also known here. And then there was Mehri, the poetess attached with Empress Nur Jahan herself.

One strange aspect is that little of Mehri’s verses have survived and copies of a Masnavi or two exists in the famous Berlin library as well as Bombay University library. Nowhere else the same is known. It is called as the SARRAPA I MEHRI , and is just of a few pages. Enlarged writing makes it 14 pages, condensed writing just four pages. Some verses here and there in tazkhiras. But the funny aspect is that she is known a a PERSIAN POETESS but in the collections which saves her writing, she is written as MEHRI ARAB. A strange contradiction. We have a story of Emperor Akbar in Afghanistan who met a group of 200 Arabs in Afghanistan and and treated them with honour. We have the legend of Hamida Begum who brought a group of 300 Arabs back to Hindustan from her Haj trip to Mecca. In that respect we have the famous ARAB SERAI in Delhi. And on one of the Eastern gates, there is written MEHR BANO QADIMI JAHANGEER SHAH. Some scholars believe this Mehr to be an eunuch in the service of Emperor Jahangeer. Other believe it to be the name used of Nur Jahan herself. But the inscription very strangely written, and not the normal elegant inscriptions of Empress Nur Jahan. It is too brief and too vague to have other meanings. Perhaps the small Arab girl Mehr was part of these Arab travellers and Empress Nur Jahan liked the child and adopted her as her own. We do know that this Mehr was married to Khawaja Hakeem of the Mughal Court.

An interesting episode is related by Tazkhira writer Sher Khan Lodi of Bengal. He says that one day Nur Jahan and Mehri were standing on the balconey, when Khawaja Hakeem passed from underneath. Nur Jahan asked Mehri to summon Khawaja Hakeem, and the man got so nervous, that he started walking with an unusual gait. Nur Jahan asked Mehri to recite some verses on the stupid walk of her husband. And Mehri said these extempore verses:

In the couplet Mehri complains to her husband that due to old age and weakness, he does not have even the ability to walk forward, so the possibility of good marital relations has diminished considerably and no loyalty was to be expected.

Empress Nur Jahan was highly amused and as expected from an Empress, rewarded the poetess in a proper manner. Everyone calls Meri a Persian poetess raised by Nur Jahan but references show her as Mehri Arab. Further research obviously required in the life of Mehri.

AND THE DIWAN BRINGS NEW LIGHT ON HISTORICAL INCIDENTS

THE MENTION OF SHER AFGHAN IS THERE IN THE DIWAN

The strangest part is that Mughal history is tainted with stories made by various petty writers with twisted minds through the ages. If we go through contemporary records, the events turn out to be totally different. In this way legends and romantic tales woven around Jahangeer and Nur Jahan are numerous in all ways. After one writer has done his venom, another picks up, and twists the facts to newer levels of degradation. The story of Sher Afghan and Nur Jahan is all romantic imagination of twisted minds. Professor Shuja uddin was the very first to separate stories away from factual history.

Ali Quli was a Turk who worked with Iranian Shah Ismael. After the death of the Shah, he came to Hindustan and found patrons here. In 1594 he came to Lahore and was rewarded for his valour by being allowed to marry the 17 year old Mehr un nisa (the future Nur Jahan). Emperor Akbar deputed Ali Quli to be with Prince Saleem against the launched Mewar campaign. Both were hand in hand in struggle and Al Quli fought a tiger singlehandedly and was given the title of Sher Afghan (by Jahangeer himself). When Prince Saleem rebelled against his father, Emperor Akbar, Sher Afghan first sided with the Prince, and then deserted him thinking it wiser to do so. When Jahangeer ascended the throne, he not only forgave Sher Afghan but also handed over a lucrative territory as his jageer, in Burdwan Bengal. There was no rivalry or dispute between the two. Mehr un nisa stood nowhere between them.

Reports were coming in that Sher Afghan was planning some rebellion. Jahangeer appointed Qutb uddin as Governor of Bengal, and asked him to check the rumours and send Sher Afghan back to court if they turn out to be true. Qutb uddin was foster brother of Jahangeer and he invited Sher Afghan to join him but Sher Afghan was aghast at that and rebelled against the Governor. Such rebellions were not taken lightly. When the Governor went to see Sher Afghan, an open fight developed within the two. Sher Afghan assaulted Qutb uddin without cause and killed his eunuch Amber Khan, before he himself was cut to pieces by the soldiers of Qutb uddin. This happened in 1607 and his wife and daughter were sent to the Mughal Court as it was proper to do so, where they served Saleema Sultan Begum, wife of late Emperor Akbar. So from 1607 to 1611, that is a four years sojourn of the lady. Again Meh un nisa stood nowhere.

It was fashionable to create stories about the Emperor and the visiting Englishman William Finch maligned Jahangeer with Anarkalli, who he proclaimed to be the wife of Emperor Akbar and accused Jahangeer of having an affair with his step mother. How cheap were the minds of these visiting missionaries of evil? Like the Nur Jahan’s tale, the twisted tale of Anarkalli also gained credence through the writings of twisted minds. But there are too many versions. No version match another. That itself is proof that there is no veracity in it all.

In fact the family of Mehr un nisa, that is her father Ittemad ud daula, brother Muhammed Shareef and cousin, all were planning an open rebellion against Jahangeer in connivance with Prince Khusrau. When caught Ittemad ud daula was forgiven but the brother and cousin were executed at orders of the Emperor. And Mehr un nisa could do nothing about it. She had no hold over the Emperor.

In 1611 Jahangeer saw Mehr un nisa in a Meena Bazaar and was very impressed with her personality, and asked her to join his harem. The very same year he married her. What could be the lust between a 42 year old Emperor (who had seen the best of women) for a 34 years old widow with a daughter of her own. Elegance was the key to the impression. Mehr unnisa was a woman of many talents and Jahangeer recognized that immediately on seeing her.

Sujan Rai hated Nur Jahan and would not even mention her mausoleum in Lahore (when he mentions that of Jahangeer and Asif Khan). From there many twisted tales started including that of the murder of Sher Afghan at the instigation of Jahangeer. Other writers wrote one drama after another about that. But we now have the Diwan of Nur Jahan herself. In it she laments not only Jahangeer but also finds room to recall her late husband Sher Afghan. She talks of Sher Afghan at least five times. She writes about DANGEROUS DECISIONS, BLOOD, and DAGGERS. Proper research will take more time.

Both her husbands were two extremes. Sher Afghan was brave, bold and reckless. Strong but without any reserve or sensitivity. He was merely fit to be a petty officer and all that he was. His clash with Qutb uddin could have been avoided but he was too reckless to see reason. Jahangeer on the other hand was a sensitive soul, poetic and fascinated with the delicacies of life. In fact Nur Jahan experimented the two extremes. One she confronted as a 17 year old virgin, the other she confronted as a 34 years old widow. It was a combination of vinegar and sugar. Only she could have tackled both. Left as Sher Afghan’s wife, she would be part of no history. But as Jahangeer’s wife she became an icon of Lahore.