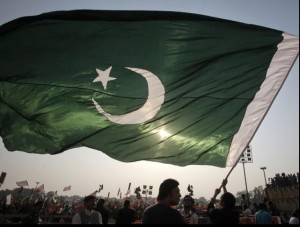 Doomsday stories are in the psyche of man. Ever since the world knew cognition, there were these old embittered disgruntled persons, whose mouth could utter literally bullshit. One comes across Maulvis in our culture who are always talking about the unbearable hazards of the first night in the grave. ‘QABAR KA AZAB’. It seems they already died and came back to report to us. Surely they must know what they are destined to face in the grave. In old chronicles we hear of these soothsayers predicting the end of the world. We are told that looneys like these roamed even in the Old West in the United States from town to town spreading unnecessary filth about tomorrow. Every culture it seems have men like these. And then there are those who tells us direct from mythology what the god Hades is going to do to us in the other world.

Some stories even have morals. In our culture we are told of an old woman who lived next to the house of a prostitute. She would throw a stone in a clay vessel for every visitor to the house of the lady, and kept a count of wrong doings of others. And when she died, she found that the prostitute had been forgiven by Allah, but not she herself. Her mistake relishing the wrong of others. Allah does not like this kind of holy attitude. But all this is fancy, imagination gone wild.

The Quran forbids speculation about the doomsday scenarios. We are told that no one knows the future. Everything works under certain Law. A Law of Physics tell us that to every action, there is an equal and opposite reaction. In the same way is Allah’s Law of Mukufat. A good deed is rewarded with good consequences, a bad deed is punished with bad consequences. And Allah proclaims that if you do not have faith in this LAW, then you miss being a Muslim all together. And Allah defines TAQDEER for us. If you place the seeds of a mango tree in a ground, you can expect a Mango tree. Nothing else. That is Taqdeer. There is no destiny. What (many things alien to Islam) the Maulvis so wrongly preach (and that is a lot of things) is yes, bullshit. A load of crap aired on the media all the time. The Iqballian concept is your destiny is the way you tackle life itself. The result of your efforts. You are your destiny.

The world did not end in 2012, although we were bombarded with so much on every kind of media. Pakistan is not going to end in 2015. We do not know the future. But we know Allah’s assertion. That Allah will never destroy a nation, as long as there is even one person trying to save it. I am here always! And yes, I am not the only one. There are many many others. When Krishna Menon was India’ambassador to Pakistan (now foreign secretary), I told him that the flame of Quaid’s Pakiastan is still burning, and will never be extinguished. India has pumped millions to the Baloch feudal lords, but although Balochs are probably just 4% of the population, a good many of them know the machinations of foreign powers. They know that once the job is done, the traditional saying is heard. “JO APNI KOM KA NA BANA, WO HAMARI KOM KA KESAY BANAY GA”. ‘A person who is not loyal to his nation, will never be loyal to ours’. The British understood this well. The Indians have to learn it by now. If you dig grave of others, your own grave may have already been dug. PAKISTAN FOREVER!