SUCCESSFUL JOURNALISTS ARE TALKING PARROTS
“INEVITABILITY OF BREAK UP OF PAKISTAN”

The shame of shamefulness 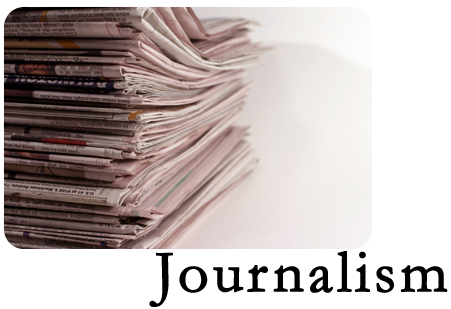 Does success matters? Of course it does, but when worthless people try to be worthy, they have to dance on the tunes of their Masters. That is you see the wave of modern journalism ridiculing our values most of the time. Roots according to a critic bind the tree to one place, when they like to be on the road all the time, accepting everything  external as their own. Obviously we should be ready for all things, but not foreign versions to bring us down as our own. And certainly not substituting ANARCHY for our IDENTITY.

The roots of identity are not the roots of a fixed tree, but the roots of identity are a set of thoughts which makes us unique from others. And these thought are not merely of our own making. They start from Divine injunctions and through the process of Ijthehad, it is a progressive identity of our own. Do not undermine our Identity in linguistic mambo-jumbo. A stone gets conditioned by its environment, and all human beings get conditioned by the ecological factors. But our identity is not based on mere Geography, it is based on Ideology.

I see a number of books coming up on PARTITION. Mixed up in emotional scenarios of displaced families, it is a mere hogwash of things. To mix blood relation as final, one should see when two brothers diverge because of ideas. No relation exist between them. This area is composed of various type of persons, but the locals as Hindus are different from same. I have not even heard of one Muslim embracing Hinduism, when I know of lakhs of people, who embraced Islam in the process. So talking about blood as determining ideology is hogwash really. The two nation theory is as intact as ever and no purchased imbeciles can undo the factors from our lives.

Love for rewriting our history according to the perspectives across the border is always being attempted by the West as well as Hindu writers. Hindus had no concept of history and never indulged in it. But in the last few centuries, particularly the 20th century, they are obsessed in ridiculing our faith in one way or the other.  Things are written about the leaders of our past, which can shame any body, but where has the truth come to them? From parrots talking in the bazaar. Or a Maina chirping in the trees. I am told that some Benjamin Elman (on sabbatical leave nowadays) is trying to undo our perspects of history at the Princeton University, by innovating some new approach to it. Go on everybody. We have the Quran, intact, in its pristine form, not a comma or hyphen less. And that is our guide. And that tells us about the Two Nation theory and that is part of our existence. So live on! Learn to live with us, or go to hell!

Take a RORA and a HEERA (stone and diamond), It is a simple equation. Take a piece of stone. No one needs to protect it. It can be placed anywhere. No one will even pick it up. It is just a ‘RORA’. Now equate it with a diamond. All know that it is precious. It needs to be kept from the eyes of thieves. People will try to steal it whenever possible. Unprotected it will not remain in possession.

If Pakistan was just a stone, who will care for it? No one will be bothered about it. But if it was a diamond, the world will pay all attention to it. The object to snatch the precious thing from our own hands. When major countries of the world are spending billions on espionage on our selves, it means we are precious, really precious. If not, why would countries waste billions on us? A worthless thing is not worthy of being spent such heavy amounts on. So when we hear rants of the ‘inevitability of break up of Pakistan’ and that ‘Jinnah never wanted Pakistan to be an Islamic state’, one wonders at the IQ of these people and what is their understanding about Islam itself? Obviously Islam is not a religion, so no one aspired for a theocratic state. Everyone aspired for Islam as a DEEN, a complete way of life, given to us by Allah. And this way of life is feared by others, and that is why billions are being poured inside the country, through these malicious media people, to undo us. Pakistan Forever!