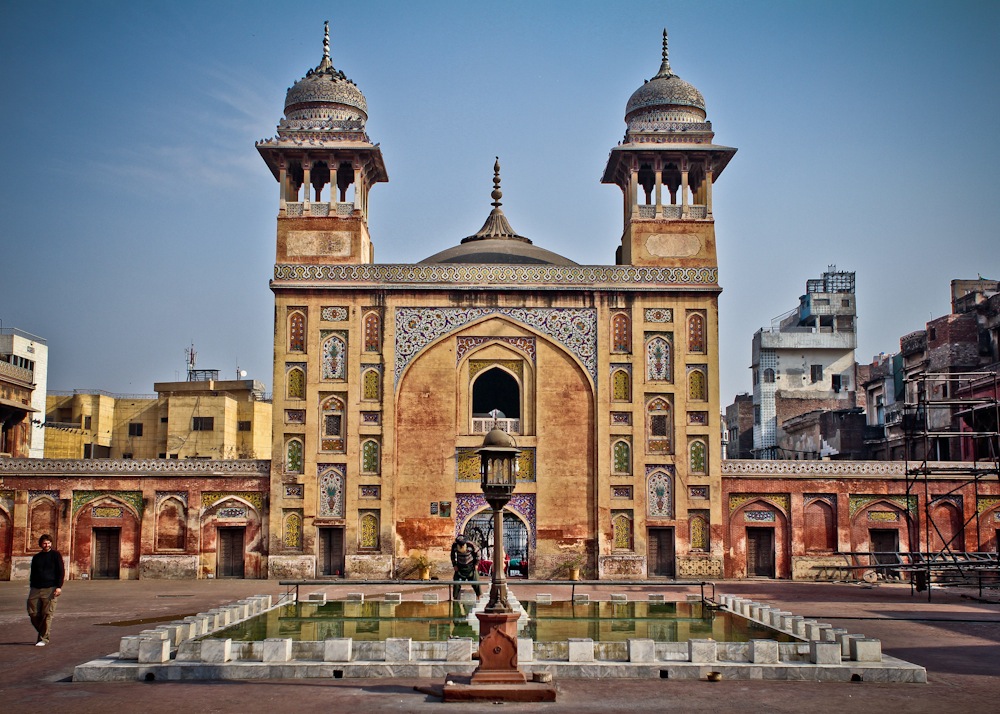 A walk inside the Wazeer Khan Mosque Lahore reveals many names. A number of calligraphers are there. One is Mullah Yusuf Kashmeeri, who was also probably the first muezzin of the mosque and the same is mentioned in the letters of Imam Rabbani. Yusuf Kashmeeri was son of Ustad Haider Mimar, who had constructed a famous garden in Kashmeer for Empress Nur Jahan. The name is in an inscription on the garden itself. The family seem to have moved to Lahore. Yusuf had three sons, all famous calligraphers of their time. One was Muhammed Zaman, another Abdul Kareem and the third was Muhamed Saleh. Their names are on many manuscripts as well as inscriptions on Mughal Monuments. The name of Muhammed Saleh is inside the dome of the Gulabi Bagh mausoleum, attributed to Dai Anga. No problem there.

A hand written Quran dated 1071 AH , precarious condition due to water soiling, but the name of the calligrapher is intact. It cannot be read clearly in the way that the calligrapher has tried to hide his gender in same. It looks like it says that it is Faqeer Haqeer Nazak bin Yusuf Kashmeeri. But careful reading tells us something else. It can read as:

But the simplest reading is that of NAZAK KASHMEERI. Nazak is not a proper name for a man, it can be a proper name for a woman, like Nazakat. But then it should say BINT YUSUF KASHMEERI. The solution lies in only one thing. This fifth child of Yusuf Kashmeeri was an eunuch and in the tradition of Yaqut Mustasimi, one of the greatest calligraphers in our Islamic history, doing his best within his gender. It is said that Yaqut used to write his Qurans siting on top of the minaret of a mosque in Baghdad. Perhaps our Nazak used to write Qurans on top of the minaret of the Wazeer Khan mosque Lahore. Allah bless his/her soul!