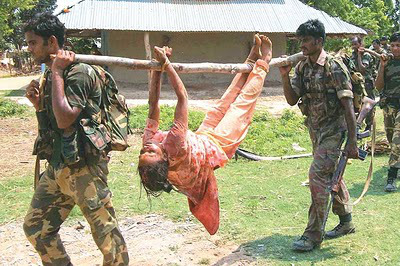 Is the world blind? Deaf and dumb? Ostriches with head in the sand. The most beautiful place in the world, with the most beautiful people , with background supposing to include even the Lost tribe of Israel. People claim that Jesus Christ died in Kashmeer, while others claim that even Moses was there. Some factual evidence has also emerged in this historical context. Singing, dancing, people, with flowers and peace for the world. Just due to financial gains from business discourse, turn a blind eye to all the wrong being done in Kashmeer.

The first shame is not on India but the actual shame is on Pakistani leadership. They have forgotten all rules of fair play. Greed has blinded their eyes to the wails and cries of our usurped Kashmeer. The ruse is very simple. Make it unprofitable for people to seek justice by buying out their so called leaders. Gutless and spineless leadership will eventually rot in hell, we all know that, as a matter of our eternal faith. Nations rise on their level of justice.

The war on Kashmeer is obviously ideological but it is also a war of Water and water is considered the most precious asset of the future. Rivers originate in Kashmeer and who controls Kashmeer, controls the rivers flow of India and Pakistan. Kashmeer is power in the hands of any one. An eventual revolution is over due. It will come. But how many more lives it will take? That is on our leadership. Plebiscite is just a way of gaining time and time was gained by India. Now it is time to wrest control of Kashmeer from the clutches of shame and death.

Kashmeer touches all of us in one way or the other. Really free from prejudices, Kashmeeri men and women married into different ethnic families of Pakistan, and most of us have Kashmeer in our blood. But there is even more. The man who gave us the very idea of Pakistan orginated in Kashmeer. That is our esteemed Dr Allama Muhammed Iqbal. It is no small thing that our ideology is based on Kashmeeri sources. We all must love and honour Kashmeer and be prepared to give our sacrifices for its embracing its family that is Pakistan.

One thought on “HEAVEN AND HELL – TWO FACES OF KASHMEER”