The future looked so far away

A time becomes really sad, when the will to live is gone. The issues roving around an artist’s head catch him unaware, when one day he realizes that things are lost. The society has stopped in it’s track. Materialism has invaded bureaucracy and the politicians in power. Ruthless exploitation has started. A sensitive heart and mind then calls it a day. The will to live is gone. 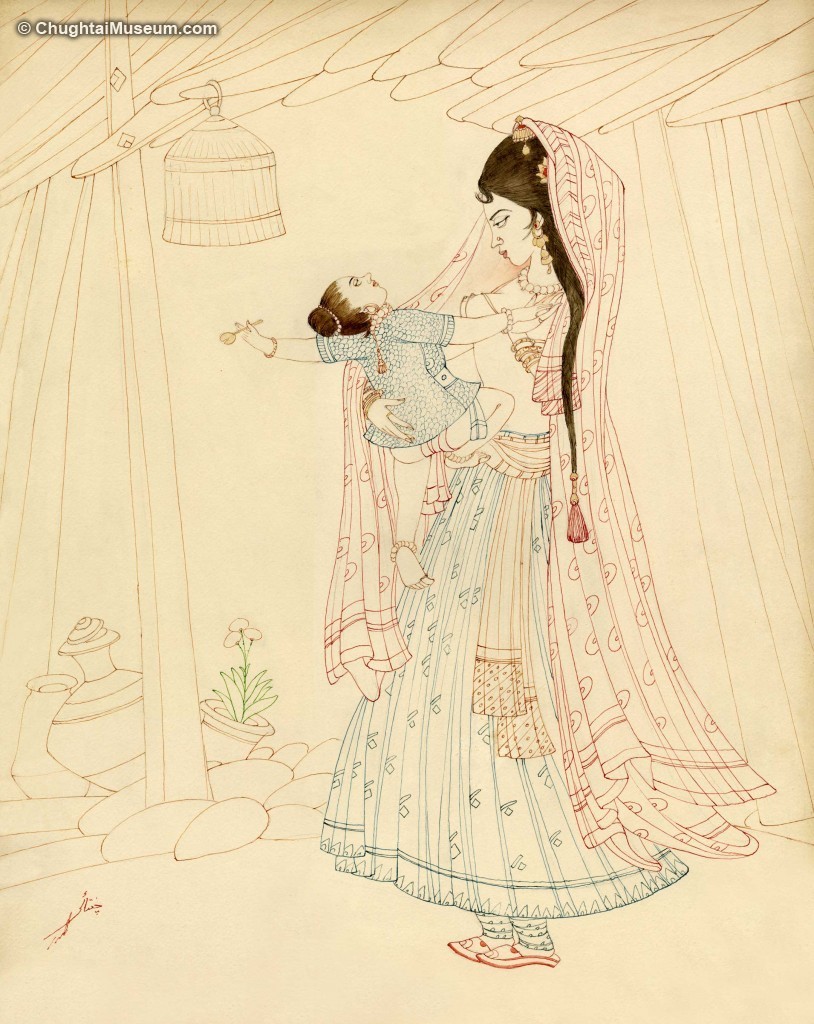 But the physical death is nothing. What the artist creates, the same makes him live forever. It is sad that in his lifetime, he found love and respect from his own people. After his death it was the world who honored him not his people. The Intellectual and cultural Pakistan became barren. It was no longer a desert in bloom. Chughtai used to say many times. Can anyone name the Shah of Iran in the times of Omar Khayam? No one really can. Yet, everyone knows Omar Khayyam. Hundreds of years from now, who will remember the imbecile leaders we have. No one. Even history will not think of them as worthy of even a word in comment. But the people who make life, enrich life, are there forever. They are fulfilling a divine mission of enriching life itself.

The test of Allah is FORBEARANCE or a local term BARDASHAT. But for how long? When are the limit reached? Mullahs talk of the wrath of Allah, but forget the Wrath of the people. People change things. An era of change can be seen in Pakistan. Halaku Khan was standing outside Baghdad and the Mullahs were arguing over reciting Ameen in low tone or high tone. Baghdad was ransacked in the shortest spell known in history. And the strangest thing happened. Halaku Khan the infidel erased Islam and his own children embraced Islam. The death of a system spurs a growth of a new system. A new system to replace the outmoded one. If I was a foreigner and would see the working of so called Muslims in our capital. I would join the band of Islamophobics around the world. The miserable plight of Muslims is due to their lack of vision and lack of Identity. Culture gives that. Once culture is gone, Identity is gone too. We thank All Mighty Allah that our Pakistani Army has Identity and full faith in the Pakistani idea. Amen!