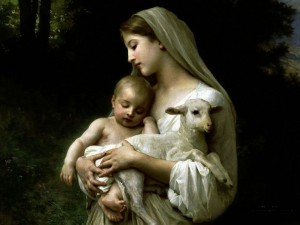 The history of the world is a history of everything- normal, extraordinary and the bizarre. An incident happened in a Church in Peshawar, where two brain-washed animals blew their choked horns and sent many innocent lives to the next world, as well as hurting many others. We are already doing a research on suicide-bombing, and sad to say that it seems that those in power as well as those in media, lack any kind of brain power to tackle delicate issues.

It is easy to say that the suicide bombers were Muslims with an agenda, but if they represent Islam, they know that such incidents are not reflective of this way of life. They were just people in poverty and need and making money for themselves as well as their loved ones, with numb portions of the brain, which tackle MORAL AND ETHICAL VALUES. They were in no position to pass judgments on their own selves. But from where did the brainwashing skills originated in these primitive minds? The answer is simple.
When the politician Benazeer Bhutto was assassinated, there was a follow-up. And the follow-up showed that it was a carefully planned affair, which included diplomats in Islamabad. Each step showed that it was taken for granted that we are brainless people, and reactions were staged and planed each and every step. The same applies here. Who gave the knowledge of brain washing to these literal animals? Super-powers with endless financial resources. Whatever was executed, one of the the saddest day in our history. Innocent people suffering for political ends. And Machiavellian media people washing their hands with tissues supplied by others. Simple being told what to say? To spread discontent in the society.
Was the attack against Christians? Hundreds of other attacks on every community in the country. Then why the media hype against Christians? The after effects are so well managed that it shows that the Peshawar affair was not the work of two animals who were merely brainwashed sheep. But the work of highly organized  terrorists, planned in control rooms.
What more can we say? Start thinking nation. Allah instructs us to THINK and PONDER all the time. Start thinking. You have already run out of time. And start feeling. We love our Christian brethren, and we tell them too. Think who is doing all this? Those two imbeciles are merely guns with triggers being pulled by super-powers.

One thought on “The Peshawar Tragedy”