In the legends of history, we find GREED as the ultimate destroyer of human values. Obviously we all need money. Without money we are at risk of losing our values, but with excess money we are more at risk even losing our common sense of life. Our elders told us one thing only, “Paisa to kanjeroan kay pass be hota hai”. We were inculcated the concepts of ‘hilal’ and ‘haram’, and we learnt it well. We were never able to accumulate wealth at all. We are living behind our times. But what about those who daily bask in the orgasm of looking at their rising bank accounts. Billions mount after billions. For that the greedy has opted for a life which has no quality at all. He dies not have time for wife, nor for children, nor for friends and family and nor for his nation. The money bloats him all too well. Smug in his psychological handicaps, he reflects, a deprived childhood. The deprivation that he got as a child reflects in his craze for amassing wealth. All this can be seen very clearly with the lives of our so called leaders. Ready to sell their souls and country all the time.

The wealth horded by Arab tycoons can erase poverty in all the Muslim world in one night and give a new dimension  to Islam.

Very seen he was outlawed, hunted, and finally erased from the senses of the world. Can the Pharaoh see what Moses is trying to do? Change the systems. Yes, changing the way of life.

When Jesus overturned the money changers baskets, he was trying to tell something? When our Prophet (blessings of Allah be upon him) inculcated honest trade in the world, he was telling something, when he would tell the defects of his animals to businessmen before hand. He had the title of ‘Ameen’ for no small reasons.

What does the world remembers? The rich in contempt centuries after their death. That person lives who does things for humanity. Rise above caste, colour and creed! Do not stop the flow of the rushing water of Allah’s blessing. Let everyone share the spoils of Allah’s bounty. Quranic values we can never forget. 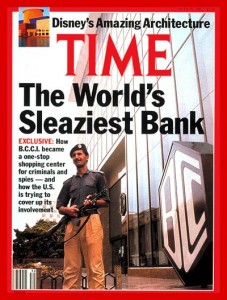 One thought on “Sitting Over Idle Money is Waging War Against ALLAH:”