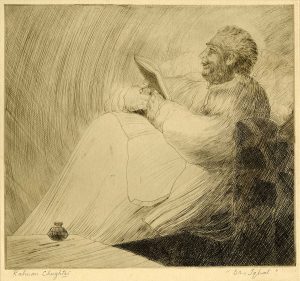 The advent of Pakistan was a shock to those who had to relinquish control over same. The first policy of culture was defined by the British with the release of the book “5000 years of Pakistan” and this agenda stuck like a leech with the bureaucracy who were to muddle our advance into ideological realms. A country which came into being based on Islamic Ideology was being bombarded with different ideas of a long cultural history, starting with the Buddhist Civilization. Amazing it was! Suddenly cultural experts started pouring in with French beards and smoking pipes in their mouth. On one hand 5000 years history charade and on the other getting into the band wagon of the West by meticulously following western narratives of existence. Made a ball of culture and knocked it clean bold. Cultural policy was indeed a Western agenda.

For years nobody took the liberty of putting a cultural policy down on paper and then Prime Minister Zulfiqar Ali Bhutto, recruited a Cultural Adviser Faiz Ahmad Faiz and he inducted a geographical policy for Pakistan. Our culture was to be found within our geography. Faiz simply said that the Taj Mahal may be beautiful but it is not our culture. In simple words “Pak sar zameen shad bad” was considered simply a ‘Sohni Darti”. Culture was to be tailored to that end. The Muslim Umma was a dangerous word for foreign lobbies with agendas of their own.

The zest for devising a new cultural policy for Pakistan is still here and a new group based in Australia is charting out one for us in 2030. It is not known on what basis the same would be. One can read the manifesto and find out. Their announcement is like this:

Culture is a set of rules and behavioural patterns we learn with socialization. However, in a globalised (and multicultural) world culture became subject of discussions from various points of views, and its importance is not loosing strength. In the past century, we witnessed many attempts to foster cultural agendas using popular culture where identities were formed in a way to present one nation to other nations in a favourable way, and where audiences were confronted with various messages that are sometimes blurred with first-hand experiences. States indeed invest funding in their cultural policies, and particularly in their cultural policies oriented towards abroad via external cultural institutes, or tourist offers where culture is emphasized as an achievement of a certain nation (most notably, in art and music).

Cultural relations, on the other hand, are centred on creating mutual recognition and understanding, however, many scholars and practitioners expressed criticism calling western countries as imperialists imposing their cultural patterns over less advanced countries just via peaceful means and not through colonialism anymore. On the other hand, culture is often a subject of discussion when minority groups are in stake because minorities find themselves surrounded by different culture, and in a dilemma whether to assimilate or to preserve their culture while still trying to lead average lives. The latter is then subject of criticism from conservatives and the Far Right that insist on integration, an unclear term that sometimes seems more like forced integration.”

We hear a new term coming up with reference to globalization and that is a Post Islamic scenario. Now what does that mean? A situation where Islam is gone. Really! Who subscribe to same? Outsiders yes, but Pakistani Muslims? Unbelievable.

A Pakistani Cultural Expert, Malik Shamas (Retired Curator Lahore Museum) showed me a draft of a cultural policy and it was an amazing draft. I am sure his son teacher Tanveer Hussain would have a copy and it is worthy of being published in any form. It really defines us.

But the direction for cultural policy of Pakistan was given by M.A. Rahman Chughtai at time of partition itself and the manifesto still stands. It was narrated in Urdu, so I am taking the liberty of summarizing that idea in simple words, which was:

“Islamic culture is dynamic with positive energy. In all ways it is timeless, as it grows from the past to the present and takes into account the future too. A time comes when culture stagnates and in an new environment, it jump starts a new existence, based on old, but very much new. This was the case of Islamic conquest of Spain. Confronted with new crafts people who embraced Islam and brought new ideas into the realm. This jump start happened with Muslims in Spain and that is why I propose the name of ALHAMRA for the Pakistan Arts Council. In my view the advent of Pakistan will jump start our culture forward into newer realms. My Art is simply following the same lines. I have relinquished older traditions of miniatures as well as its style as well as its technique, even compositions, and formed a newer school of art that is Chughtai Art, and that too, is actually timeless in spirit. Newer directions on older foundations that is my case for the new cultural policy of Pakistan. “

Anyone or a bunch of stray people cannot devise a cultural policy of Pakistan. Here again in any democratic spirit, the people matter, for culture strengthens them, both in belief as well as implementation. The Cultural policy of Pakistan has to come from within not from without. How can others mean good for you and your Identity? Diffusing your Identity is the only reason for same.